This site is about the Chord Symbols Font. With it, you can write beautiful chords quickly and easily, using only keyboard characters as input. 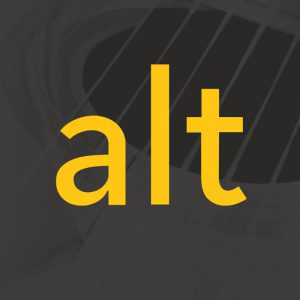 Sometimes you come across the indication alt. This means the chord is altered. But what noted should we play sharp or flat? The funny thing is that even musicians writing this chord do not really know what it means. Most jazz musicians agree it means something like this:

To my knowledge this is the only chord that has so much ambiguity in it. I also found a definition saying that in this chord both the fifth and the ninth are altered. That makes sense.

In the font Chord Symbols some new functions have been added. You now can use the font to write scale…
The use of chords extensions in classical music is different from that in pop & jazz. In the classical notation,…
Sometimes you come across the indication alt. This means the chord is altered. But what noted should we play sharp…
Some musicians tend to write all extensions except for the first one between parenthesis. Thus, they would write G7(>9) instead…